The Healing Properties of Amethysts 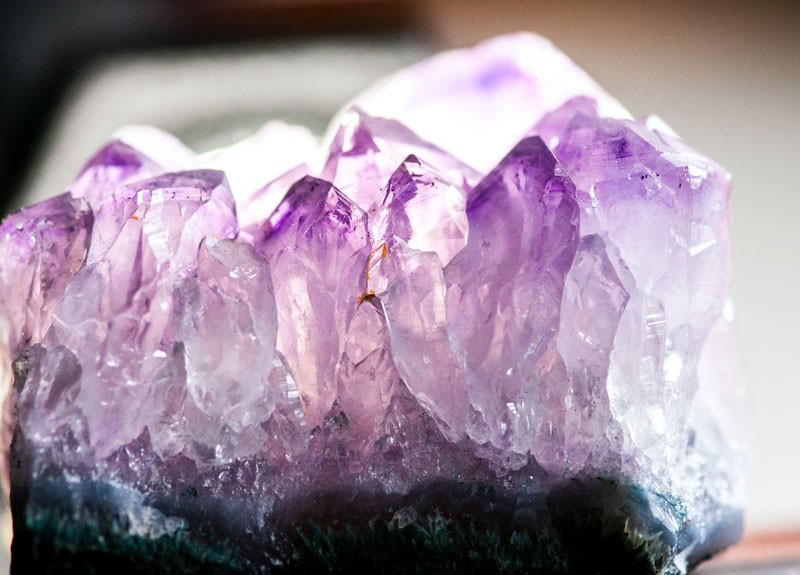 Amethysts are the purple variety of quartz and are found in all shades of purple, from lilac to indigo. The gemstone was considered extremely valuable in olden times and was used in jewelry and adornment for years.

Today, the stone is considered the birthstone of February and still remains one of the most coveted and popular gemstones. Not only that, but amethysts are also believed to possess healing powers and are widely recognized as powerful stones in the world of alternative medicine. They have even been mentioned in Greek mythology as something to help preserve sanity.

Though not much scientific evidence exists to purport such claims, spiritual healers, physical medicine practitioners, and ayurvedic medics believe the amethyst to have many powers and benefits to the human body.

Benefits of Amethyst
Amethysts have been used by such healers in treatments of the mind, body, and souls of people. Some of the benefits associated with amethysts include:

Mental Health
The amethyst is believed to be a tranquilizer and has a calming effect on people. It works to eliminate stress and negative feelings and leave a person feeling happier, calmer, and serene. Some even say that placing the gemstone in your house will make it absorb all the negative energy from the space leaving behind only positive vibes.

Digestive Health
If you have stomach, intestine, or digestive problems, amethyst is believed to be one of the stones that could help. It regulates the metabolism and helps people maintain a healthy digestive system.

Regulating Hormones
Amethyst is also known to regulate the endocrine system and maintain a good balance between the good and bad hormones in your body. The hormone balance also leads to stable moods and a healthier body.

Enhancing Skin Appearance
Not only is the amethyst good at making you feel good, but it is also effective at making you look good. Amethysts increase circulation, prevent inflammation, and encourages the shedding of dead skin, leaving behind brighter healthier skin.

Metaphysical Third Eye
Amethyst is believed to open a person’s metaphysical third eye, a concept in philosophy that signifies wisdom, awakening, and better judgment. With the third eye finally open, people are in a position to make better and wiser decisions.

There are many other healing crystals out there that may help you in attaining spiritual and physical health, but the amethyst must always take a space on that list. Ignite Energy Group acknowledges the healing powers of amethyst and uses it regularly in treatment plans for people.

If you want to know more about crystal types and their powerful benefits, feel free to get in touch with me online.

Empath Series: What is an HSP – Highly Sensitive P...
How to Know If You're an Empath – The 9 Signs